A 1.5 ton weighing vibration bowl feeder was brought to SAMK’s RDI laboratory. It had been used for mechanical checking of nail straightness. Idea was to create a machine vision system to inspect the nails for straightness, excess scum and zinc coating. A brainstorm stormed out different ideas for getting the nails in the ideal imaging position, they varied from 3D-printed ramps to a 3D-printed spiral loop.

The idea of the ramp was that the nails presumably would spin atleast once around their axis once they jumped from the ramp. Thus a nail could be imaged from every direction. The ramp was tested for several times. It turned out to be a really good idea for imaging the normal nails. Then some faulty twisted nails were added to the bowl feeder. This way the nails got stuck into the ramp, because one twisted nail would block the whole ramp. After this incident, the idea of using the ramp was thrown into the bin and another nail turning system had to be designed. Thus was born the idea of a spiral-shaped turner which was also 3D-printed. The machine vision system also needed the inspection itself after the turn. Because the nails could not be imaged when they were in the spiral turner, a flat sloping surface was needed right after the spiral turner. After the nails were turned, they rolled across the sloping surface and they could be imaged from several angles for several times. With this, it was certain that the nail had spun at least once around it’s axis. Camera was installed so that it imaged the nails through diffuse dome light on the flat surface, and it could get around 10-15 images from each nail. This was enough for a 100% inspection. The working principle of the system can be seen in the following video. 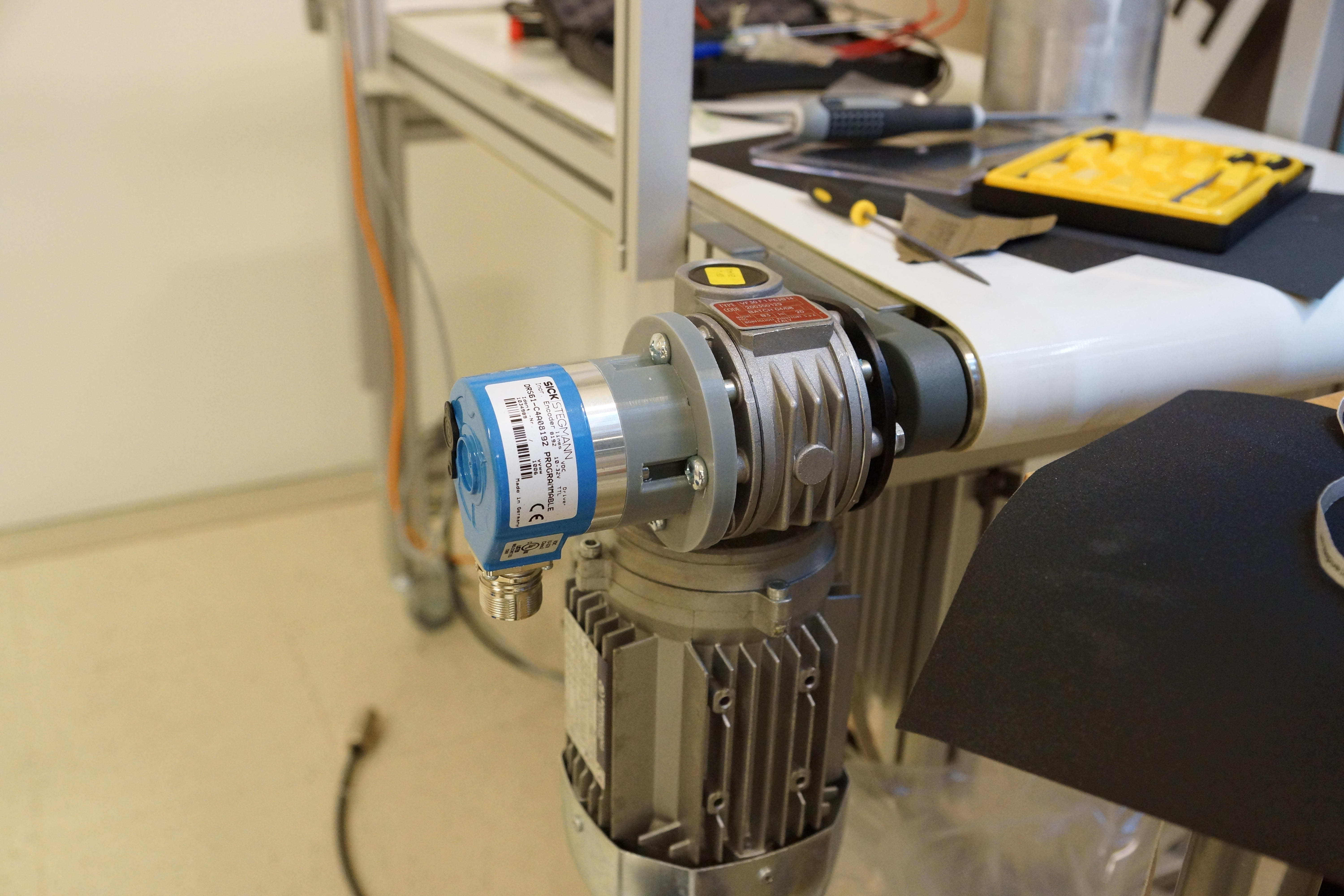